Listen and subscribe to The Redeemed Mind Podcast on your favorite podcasting site. 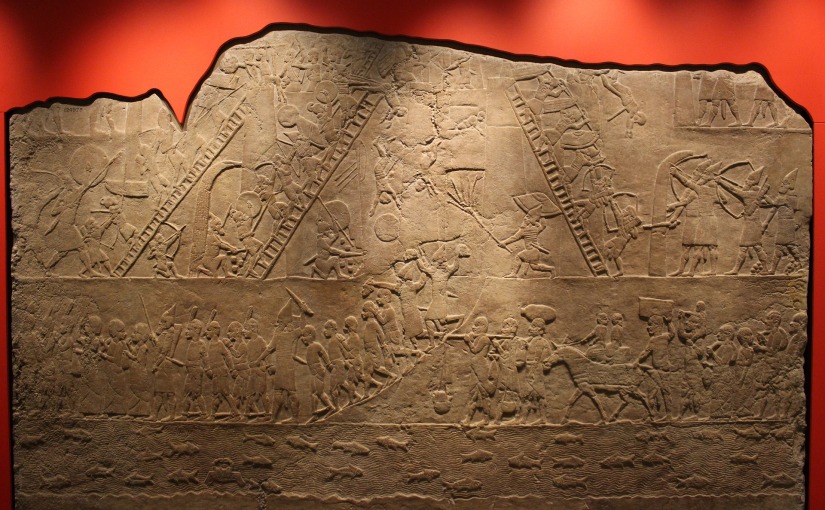 Chapter 2 contains a narrative “in the second year of Nebuchadnezzar’s reign” (Dan. 2:1). Since chapter 1 occurred in the first year of his reign, and Nebuchadnezzar had appointed Daniel to a three year enculturation program (cf. Dan. 1:5), this chapter is likely anachronistic and contains events that transpired before the end of events in chapter 1. The narrative tells us of a dream of Nebuchadnezzar. Often we dream about what is on our minds during the day; however, strange things can happen in our dreams. As we’ll see later in this chapter, Nebuchadnezzar’s dream was about world history, and his place in it. Perhaps this is what was on the king’s mind (cf. Dan. 2:29). Note the variety of those whom the king summoned to interpret his dream, which is similar to the list of officials in Dan. 3, is meant to show the foolishness of the Babylonian court.

Nebuchadnezzar’s court was full of “hangers on.” Just as dreams can be manufactured (cf. Deut. 13:1–5; Jer. 23:25–32), so can interpretations of dreams. In order to make sure that his court officials were authentic, Nebuchadnezzar purposed in his heart to make his court counselors reveal both his dream and its interpretation. Nebuchadnezzar was clearly a shrewd king, a man of extreme emotions and action. In response to his request, the court counselors twice asked Nebuchadnezzar to reveal his dream. When he would not, they claimed that “there is no other who can tell it to the king except the gods” (Dan. 2:11). This foreshadowing is ironic, for the court counselors were supposed to have access to the divine. The Babylonian gods are conspicuously absent from this narrative. The counselors’ failure and evasiveness led the king to conclude that their entire profession was a sham.

Understanding world history is a divine gift, not a learned skill. The court counselors were at a disadvantage, for their abilities were limited to the material world. They needed supernatural knowledge. As he had done with the chief of the eunuchs and the steward of the captives (cf. Dan. 1:8–14), so Daniel apparently had ingratiated himself to Arioch, captain of the guard who was tasked with executing the wise men of Babylon. Once Arioch informed Daniel of Nebuchadnezzar’s command, he went to the king and asked for and was granted time to tell Nebuchadnezzar the interpretation of his dream. While we may not see evidence of God’s power and wisdom in international affairs, we must believe “The king’s heart is like a stream of water directed by the LORD; he guides it wherever he pleases” (Prov. 21:1). Human history is in God’s hands.

God has graciously given Daniel revelation of Nebuchadnezzar’s dream and its interpretation. This was a spiritual gift (cf. Dan. 1:17). In a similar manner to the chief of the eunuchs (cf. Dan. 1:18), so when Arioch learned of Daniel’s ability to help the king, he ushered him into the court. Arioch was clearly trying to take credit (cf. Dan. 2:25), while Nebuchadnezzar tried to give Daniel credit (cf. Dan. 2:26); yet, Daniel deflected credit back to God (cf. Dan. 2:28–30). Daniel tells Nebuchadnezzar that his vision was about “the latter days” (Dan. 2:28). In the New Testament this phrase always refers to the time between Jesus’ first and second comings (cf. 1 Tim. 4:1; Heb. 1:1; 1 John 2:18). In Daniel’s context the term referred to history going forward. It is important to note that there is no hint of timing or chronology in the dream that Nebuchadnezzar received.

Nebuchadnezzar’s dream is of a great and costly statue, composed of different metals. The empires depicted are: head of gold = Babylonian empire; breast and arms of silver = Medo-Persian empire; belly and thighs of bronze = Grecian empire; and feet of iron and clay = Roman empire. Note that since world powers are really one, they are represented as one statue. All the empires of which Daniel spoke are the same empire. It is a single worldly kingdom passed on from present kings to future rulers. The point of the dream, however, is the setting up of God’s eternal kingdom. This is depicted in Nebuchadnezzar dream as a stone that crushes the kingdoms of men, leaving no traces of the kingdoms of men, as it overtakes the entire earth. Jesus, of course, is the rock not cut with human hands that destroys the kingdoms of this world (cf. Dan. 2:35, 44; Isa. 8:14; Ps. 118:22).